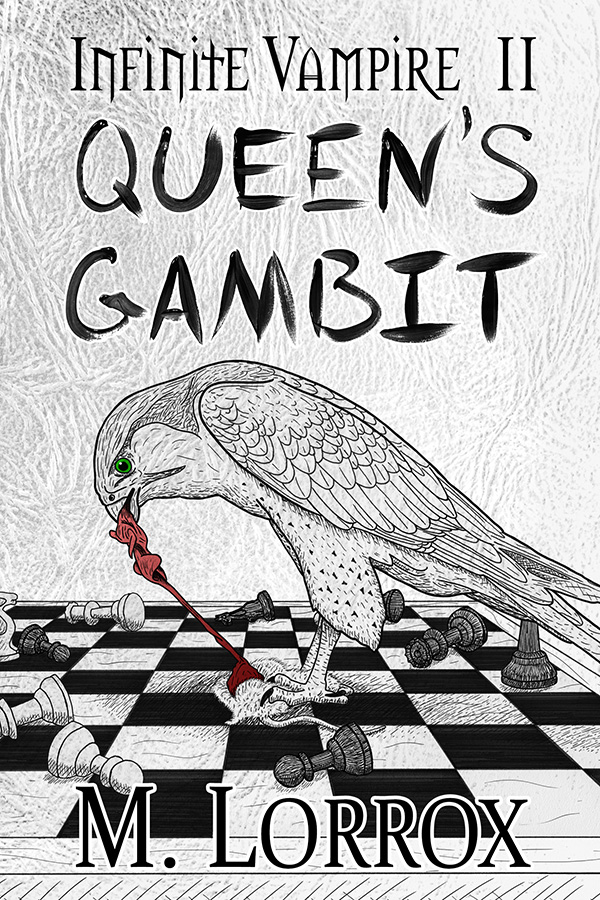 Exhausted after their weekend, a small-town family of vampires heads to DC. They're greeted by a plot that threatens to blow their world apart and cast it into chaos. The fates of the nation, the Vampire Order, and their family are up in the air.

Eddy meets his heroes—squires his age—and discovers a powerful secret. Sadie navigates the politics of the ancient House of Elders and tries not to kill anyone. Charlie tackles the demands of his new role while dealing with bureaucrats, wage-earners, family drama, and a threat so big that he must once again put his sword to use...

But something has been overlooked; two pieces on the board defy all expectations, and they completely change the game.

Infinite Vampire II: QUEEN'S GAMBIT picks up where BLOOD 4 LIFE drops off and takes the story in a new direction: it’s a pulse-pounding, gut-wrenching, suspenseful thriller.

Check out QUEEN'S GAMBIT on Amazon.com!

About a family out of their element in the cut-throat politics and plots of Washington, D.C.

(Fish out of Water! Evil Lurking! Try not to Die!)

They meet a lot of new, awesome friends but also some deadly enemies.

Scientists have made dangerous discoveries that no one is ready for.

Meanwhile, an ancient artifact in some teenagers' hands can only mean one thing; trouble.

(Myths and Legends! Friends working together! OMG this Burrito!)

QUEEN'S GAMBIT is the thrilling second installment in the INFINITE VAMPIRE series of paranormal action & adventure novels that follow a family during an epic, seat-of-your-pants story over 500,000 words long.

Check out QUEEN'S GAMBIT on Amazon.com!